People that are getting into fighting sports like martial arts, combat sport and beginning to sell the necessary equipment to get their hands on some punching bags to start training might be very enthusiastic about the prospect of purchasing some training gloves. They are an integral part of these sports’ preparation. They have at least one or two decent pairs of gloves is one of the first moves. It can be challenging to decide which option to take with so many options. This is especially true if you were unaware of the differences between boxing Vs MMA gloves.

Once you begin to consider the different glove choices, you will discover that there are far more than you would have imagined. For example, 10 oz. MMA gloves and 16oz boxing gloves, for example, are vastly different. They all are made for different sports. Let’s look at these variations in more detail. 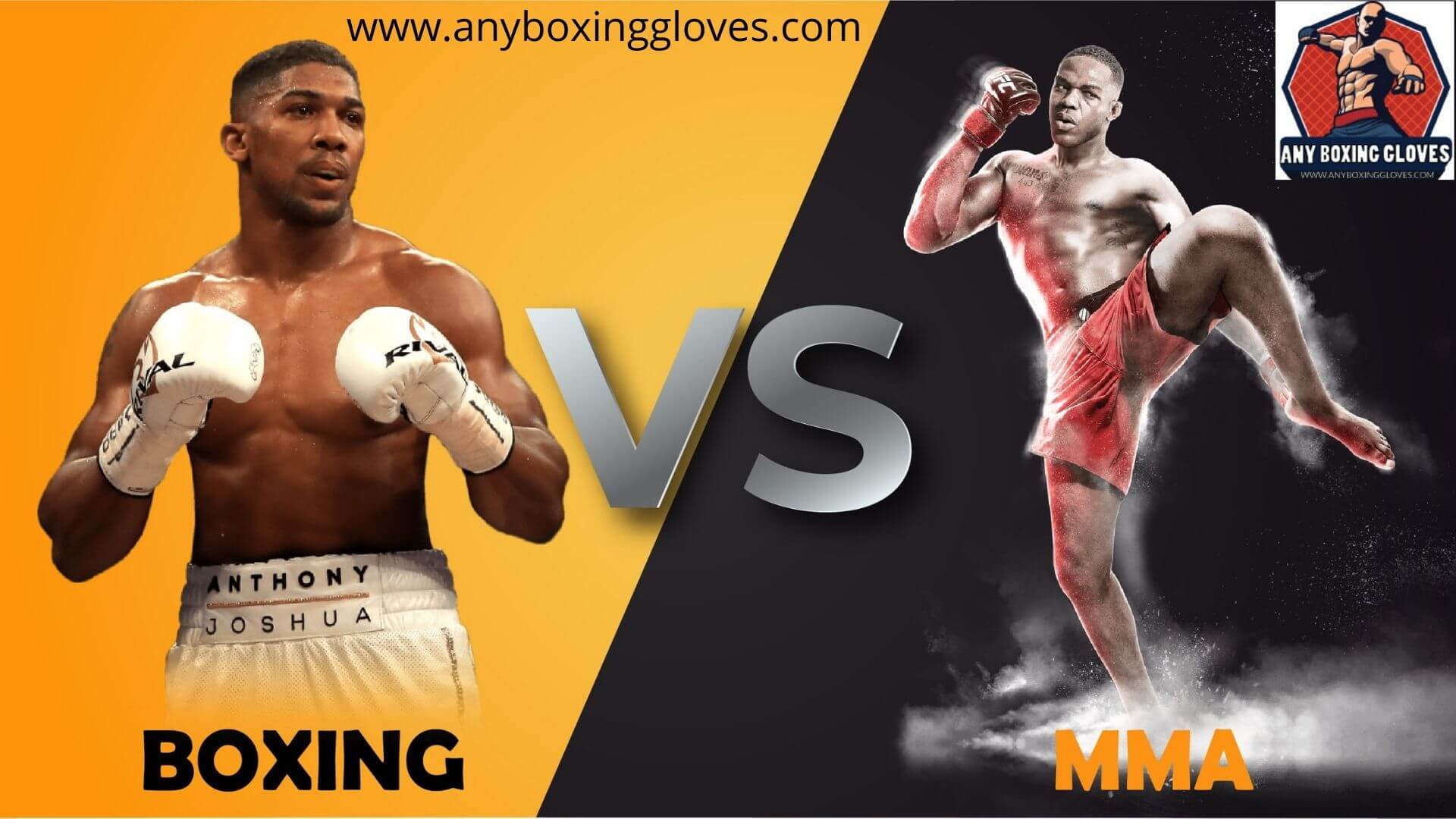 And to a layperson, the significant difference is clear. To begin with, a boxing glove and an MMA glove have been made for entirely different purposes. The boxing glove has made the best possible protection for your hands. It is fully closed and covers the entire boxer’s mitts.

Fighters can use a wide range of combat methods, from strictly punching sports like boxing and Muay Thai to grapple-heavy fighting styles like amateur wrestling and Brazilian Jiu-Jitsu. Hence, the MMA gloves take on the design of fingerless gloves.

Fighters may use both striking and grappling tactics with their fingers free while also providing adequate hand security.

Let’s break down the essential features that both gloves share and compare their approaches to each one.

Padding of MMA vs. Boxing gloves

The amount of padding available in each form of the fighting glove is the most visible difference between the two. Boxing gloves, which I have seen at first glance, have even more padding and can weigh more than 16 ounces. The explanation for this is that since boxers only use their hands during fights, they throw and catch much more punches. 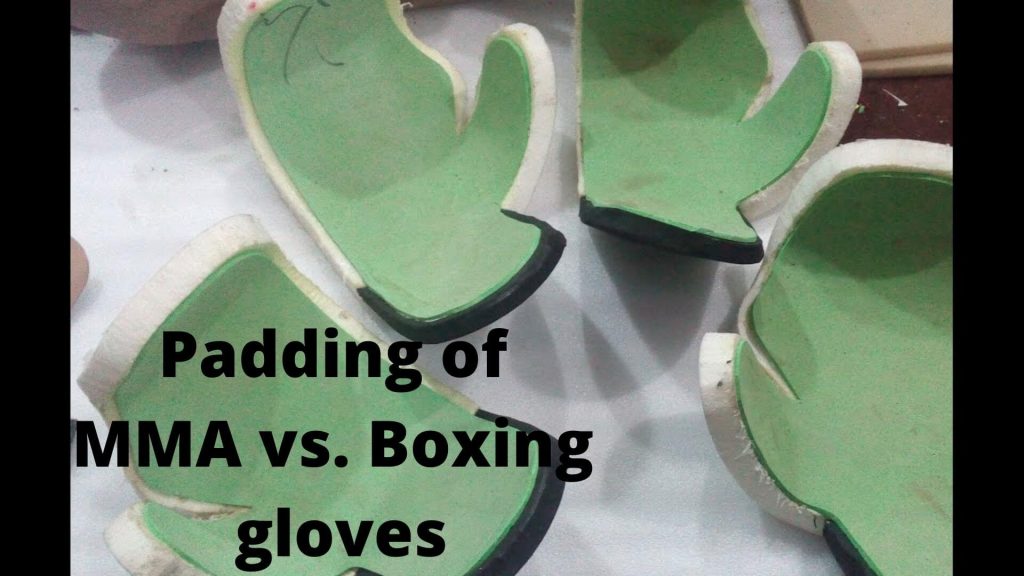 MMA gloves are usually thinner and have less padding. Fighters in mixed martial arts (MMA) must be fast and light and a heavy glove will throw them off. MMA fighters also use their feet, elbows, and knees beside punches.

This is also another important distinction between the two styles of gloves. The boxing gloves are more akin to mittens than traditional gloves since they cover the entire side. The thumb has its own space apart from the rest of the fingers in the glove’s main padded region. 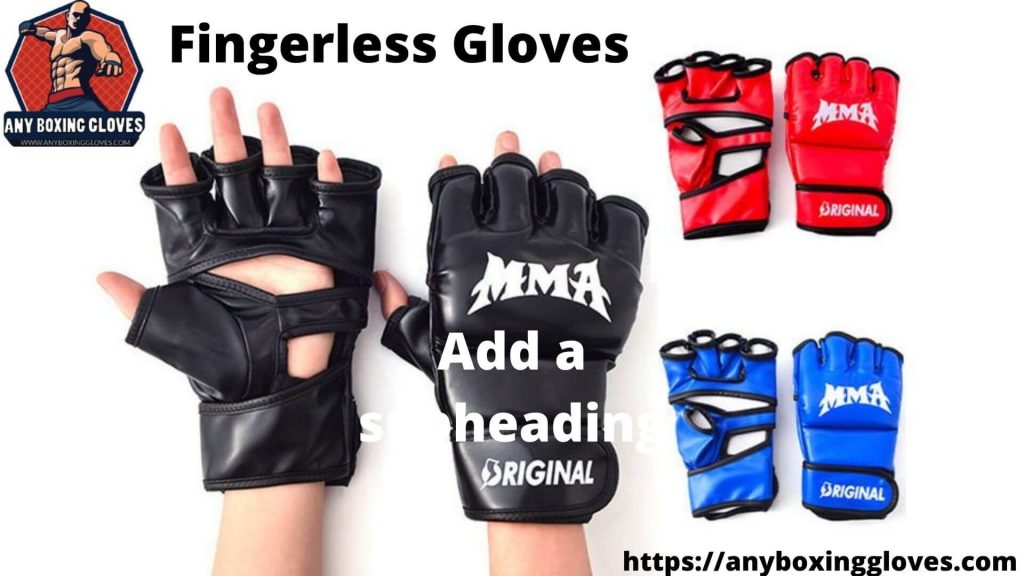 In this way, the MMA gloves resemble genuine gloves. These gloves separate the fingers while leaving portions of the fingers exposed. The disparity in the way the matches have played is the reason for this. In boxing, you’ll be able to throw punches. You must ensure that your hands are as dexterous as possible in MMA. They’ll have used for catching and grappling, so they’ll need to be able to walk about freely.

This is another distinction between boxing and MMA gloves. Hand wraps and boxing gloves go hand in hand. The interior of these combat gloves is wide enough to fit hand wraps. When wearing boxing gloves, hand wraps are essential. They cut friction and keep everything snug and stable. 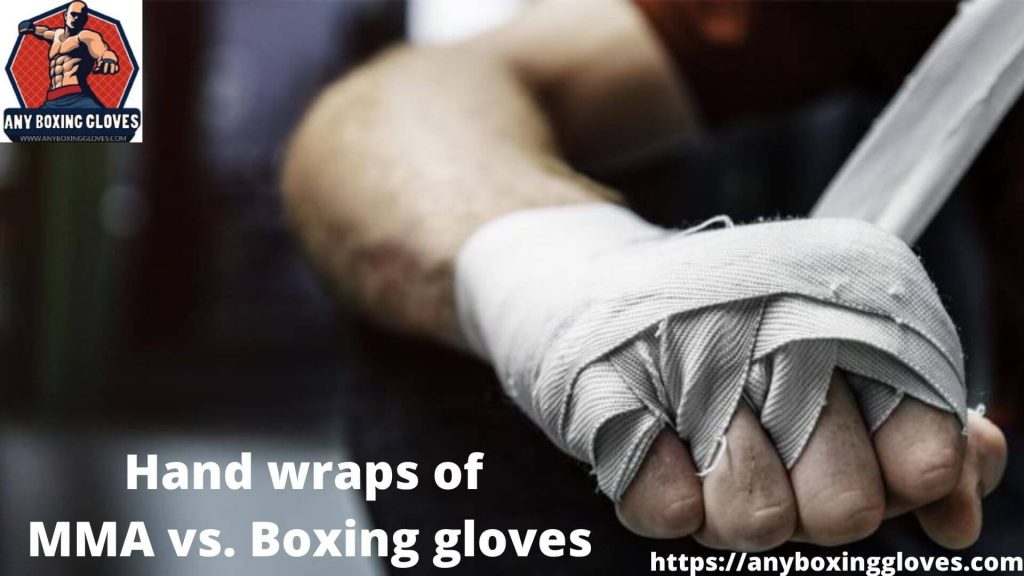 Hand wraps aren’t often used in MMA because the gloves can’t handle the extra layer. One of an MMA glove’s essential features is that it must be lightweight, which effectively eliminates the possibility of using hand wraps.

Which type of gloves hit harder?

Since there are so many factors to consider, determining punching power is complicated. The reaction has based on the individual who is throwing the punch. In the end, the weight of the gloves can be a factor.

Boxing gloves usually range in weight from 8 to 12 ounces, depending on both parties’ match agreement. When it comes to MMA gloves, most matches use the same single serving gloves. Since MMA gloves are thinner, fighters will be able to throw stronger punches.

Does the higher velocity equate to a more brutal punch?

As for the boxing glove’s mass, that added weight can also transfer into a more complex wallop that can take the person over on the receiving end for quite a loop. On the flip side, the MMA glove’s lighter weight can also deliver a jolt of the impact that can cause the light upstairs to shut down in an instant.

To make it simple, we believe that MMA gloves can deliver sudden impact damage, while boxing gloves offer damage that accumulates over time.

It would help if you also considered that boxers might have an edge in punching power as that is their primary specialty. Compared to MMA fighters who blend different disciplines, boxers are well-versed in delivering the most compact and clean punches that maximize the damage.

A decorated MMA boxer had previously performed a test in which he delivered his best punch while wearing boxing and MMA gloves, as well as another study in which he struck the specialized heavy bag with his bare fist. The following are the outcomes of the experiment:

The force delivered by a bare fist was nearly 370 kilos! This is almost always a knockout for the receiver (in the best-case scenario) and can also fracture the hand of the individual who delivers the punch.

Rutten delivered a power of 295 kilos while wearing MMA gloves, which is enough to knock someone without an iron chin out cold.

The former MMA heavyweight champion clocked 291 kilos of power while wearing boxing gloves. He had punching strength almost equal to that of an MMA glove, but it was slightly lower.

As a result of the less padding and lighter weight, it appears that MMA gloves can produce the strongest hits. It’s just like punching with your bare hands, but your hands are less likely to break after only one full-powered swing.

Of course, they used different measuring devices than the one used on Bas Rutten, but good luck sleeping at night knowing that someone out there has the punching power of a 96-horsepower tank.

MMA gloves and boxing gloves are both designed to protect your hands and wrists, but they do have some differences. Boxing gloves have more padding around the knuckles and are less likely to cause cuts than MMA gloves. However, MMA gloves are better at protecting your fingers, and they offer more wrist support than boxing gloves.

I’m not really sure what the difference is, but both boxing gloves and MMA gloves are designed to protect your hands and wrist, so you might need to try them both on to see which one feels more comfortable.

MMA gloves are designed for use in mixed martial arts, so they may not be the best choice for use on a heavy bag. Boxing gloves have more padding around the knuckles and are less likely to cause cuts than MMA gloves.

Q4. Is it bad to hit a punching bag without gloves?

No, it’s not bad. However, using gloves will offer you extra protection. Boxing gloves have more padding around the knuckles and are less likely to cause cuts than MMA gloves.

Boxing is a great way to build muscle. It is a high-intensity cardio workout that will help you burn calories and lose weight. Boxing also builds strength, endurance, and power.

Conclusion
I tried to cover as much of the subject of boxing Vs MMA gloves as I could. If I missed something, I’d try to cover it in a future update. I hope this guide helped you hammer home some crucial points and give your insight into the subject.